No, You Cannot be a Professor--the Reactions 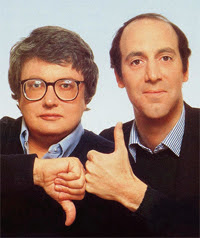 My recent post, Open Letter to My Students: No, You Cannot be a Professor, was far more widely read than anything I have posted before (27,000 page views and counting). It provoked considerable discussion--not only in the comments section of this blog but also on Twitter, Facebook, and other blogs. Some excellent points were made and I thought I should address them in one place. Reactions fell into a few broad categories:

Brian Sarnacki tweeted "Not sure the world needs another "don't go to grad school" article, but if it does here's one from @larrycebula..." Others pointed out that all of my points had been made before, with the best known examples being Thomas Benton's essay Graduate School in the Humanities: Just Don't Go. I pretty much agree with this criticism. In fact I keep a few copies of Benton's essays in my desk to share with students contemplating a PhD. So why another "don't go to grad school" article? I guess because I feel like the situation is even worse than Benton and other have presented, and because my students need the reminder.

"stark but truthful picture of the higher education job market"

The bulk of the reactions were similar to the above comment from Ted Schwab. An old friend from grad school emailed to say that her program had added the post to the assigned readings for incoming MA students. Digital history guru Dan Cohen called it "depressing but sage advice." Thanks, guys.

I was properly called out for my offhand remark that the opportunity costs of a humanities PhD are "over a million dollars." I should admit this was a wild guesstimate on my part--but I am not sure I was wrong. In a thoughtful reply to my post, Sean Takats calculated his own opportunity cost. Takats gave up a well-paid job at IBM to pursue a history Ph.D. and in six years sacrificed by his calculation $450,000 in earnings.  But his calculation is incomplete, not taking into account the investments he might have made it that time (IRAs, home equity, etc.) and how those investments might have appreciated from that time until his retirement. He also does not calculate the differential between what he makes now as a professor and the larger amount he would be making had he stayed in the IT field. If you add those up, surely we are well over a million dollars.

But wait, you say, very few humanities PhD students are walking away from a job at IBM. A better starting point is average starting salary of someone with a fresh B.A. in history--provided they can find a job at all in this economy. Zachary Schrag does the math and comes up with $120,000 in opportunity costs for a six-year doctoral program--but again, he is calculating only the lost wages for those years.

Of course, many college graduates are not finding work at all right now. For them, a fully-funded grad school gig is far better than moving back home with the parents. One person commenting about my post on another discussion board (unfortunately I cannot find the link) said that I did not understand the realities of the economy right now. He said he was a new college grad and was back at the crappy job he had right after high school and for the same money. A fair point. But even for those students, surely the economy will recover in the better part of a decade they would spend in grad school.


My Students Can Too Be Professors! They are Special.

(Alternate version: I am special.) Part of the reason the job market is so overcrowded is the many professors who continue to urge impressionable young people to "follow your dreams!" without offering any realistic advice about this career path. Every department has a couple such professors, usually very popular with students. I was recently trying to warn a student about the odds in pursuing an academic career. She listened for a bit and then shut down. "I rely on Professor Sparkle Pony for career advice," she said. Good luck with that.

Holger Syme takes on my post point-by-point to argue Yes, You Can be a Professor--but his only argument is that since he overcame great odds and became a professor, his students can too. Sean Takats properly calls this response "a textbook example of survivorship bias." Takats quotes Wikipedia: "Sur­vivor­ship bias can lead to overly opti­mistic beliefs because fail­ures are ignored […] It can also lead to the false belief that the suc­cesses in a group have some spe­cial prop­erty, rather than being just lucky." This is a better explanation of the point I made in my post, that asking professors if you should go to grad school in history is "like asking lottery winners if you should buy a ticket." Nate Kreuter expanded on this point with a column over at Inside Higher Ed titled You Aren't the Exception.

I like it that a lot of commenters thought that the job market was in part a symptom of the wretchedness of current history PhD programs--which in this country take an average of nine freakin' years to complete, have terrible drop-out rates, and with few exceptions are focused exclusively on preparing one for a career as an academic historian at a research-focused university. There is a lot to say on this topic and I will reserve my ideas for a later post.

"You are a world class ass"
A substantial subset of readers think I am a jerk. "I'm not a professor, but your condescending know-it-all tone further confirms how lucky I am to have chosen a career path outside of academia," one anonymous commenter wrote. "It's nice to not have to deal with pompous a$$hats all the time." I didn't even realize that my mother read my blog! Others described the post as "snotty," "tinged with condescension," "shortsighted" etc. etc.

They may have a point. Yet I do not like giving the advice in "No, You Cannot be a Professor." I have any number of students who would make great history professors, given the chance. But realistically they will never have that chance, and I have a responsibility to tell them.

Here's my response. It also had a pretty lively discussion in the comments. I'd love to see what you think.

Good to know that at least one Professor knows how to stir the pot and may actually cause someone in the universe to actually think for themselves and use reality as a basis for uh, reality.

Tenured professors who tell grad students that tenure will not be available to them are being self-serving. Tenured professors should be putting their energy into promoting history, not just kicking back and saying that what they have no one else can have. Where is their passion for the field of history? If it’s not that important to you, you don’t belong here.

Spot on. Lecturers & Adjunts == sweat shop laborers. They can earn more per hour working at Starbucks. Hope for a meaningful career in academe is best pursued as a staffer, not as an academic.

The Fall of the Faculty: The Rise of the All-Administrative University and Why It Matters

Wait a minute Larry... am I professor Sparkle Pony? Be honest.

Sorry, Larry, you suffer from the terrible disease of telling as you see it. This is not well viewed in today's world of "keeping a good environment".

I read your original post and many other's articles on why I shouldn't go to grad school (PhD). Thank you, but I'm going to do it anyway. Because if I don't at least try to do what I love, what's the point?

If your students aren't finding jobs in your field, then fine, but why aren't you preparing them for jobs that they could be doing with the degree instead?

It sounds like a good deal of the failure of your students to find meaningful employment with their expensive degrees is on your end. Maybe you should teach them the skills they need?

Aquaria, I teach public, not academic history and so far my students are in fact finding jobs.

So, if my undergrad degree in the humanities is enough, what jobs exist for me that make more than $8.00 an hour? And why do you assume that the students who are in school cannot accomplish things outside of school? I worked full time as an undergrad at an expensive private college and (without Mommy or Daddy) earned equity in a home and also my degree. But now what? I can't waitress forever and English degrees don't pay my bills. Why are you teaching classes that you literally don't want us to take with us and apply to our careers?

"But even for those students, surely the economy will recover in the better part of a decade they would spend in grad school."