"The Heritage Hatchet" in Washington State

A useful and chilling post over at the Seattle blog Crosscut highlights another blow to history and heritage in the draconian state budget just proposed by Governor Gregoire. The Heritage Capitol Projects fund is to be eliminated, cutting $10 million from state heritage organizations and ending a program that since 1997 has helped fund historic preservation in the state. Crosscut lays out the impact of the decision:


So, the Seattle Theater Group will not get money for improvements to the historic Moore Theater ($531,259); the Museum of History and Industry will not get funds to fix plumbing and ventilation in its new museum space ($1 million), the Seattle Department of Transportation won't get additional funds for restoring King Street Station ($700,000), the Phinney Neighborhood Association won't receive a grant to renovate its historic community center ($994,950), SAM won't get help with new storage space for its collection ($30,890), the Center for Wooden Boats will miss out on money to build its new education center at South Lake Union park ($1,000,000), and Historic Seattle will lose restoration funds for the landmark Washington Hall in the Central District ($470,000).
And the list goes on for projects all over the state: the ship Lady Washington in Gray's Harbor, Tacoma's historic granary at Fort Nisqually, the Officer's Row housing at Ft. Vancouver, the Whatcom Museum in Bellingham, the Blue Mountain Heritage Society's Smith Hollow School, the Maryhill Museum near Goldendale, Snoqualmie's railway museum, these and many more will lose out under the current plan.
The actual impact is greater than $10 million because the grants required $2 in matching funds for every state dollar.

As the details of this budget emerge it is clear that we are facing a disaster of historic proportions as the state walks away from maintaining its history and heritage and decides that these are no longer a function of government. Among the other monumental decisions in the budget: 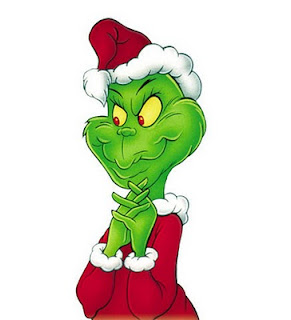 What remains for history and heritage in the state budget? Not much. Though the budget will be cut, the Secretary of State will continue to maintain public records (as required the state constitution) many of which are historic through the state archives. (Full disclosure: I have a half-time appointment with the Washington State Archives.) The Washington State Library will take big cuts but it seems likely it will remain open in some form. Although the Archives and Library preserve historic records, neither offers extensive historical interpretation and outreach like the state historic societies and parks.

We are at a crossroads in Washington State. If we travel down the road the governor has outlined we face a future without a past. Admittedly she has only poor choices--the state budget must be balanced, and voters overturned even a small tax increase on soda pop in the recent elections. And yet there are other places that could be cut in a budget that still includes money for golf courses, state prisons crowded with non-violent offenders, and various big-ticket roads and building projects that, while necessary, could be delayed until the economy improves. The governor's constant refrain, that her only choices are to cut history (or whichever cut she is defending) or eliminate vaccines for poor children is simply not the case.

Please take a moment, right now, to contact your state representatives and protest these cuts. This post on the proposed MAC closure has links and details on how to do so.
Posted by Larry Cebula 1 comment: Links to this post

The above is an interesting article about how a decaying infrastructure at the Little Big Horn is forcing interested parties to come up with a compromise solution. The Crow Nation in particular is flexing its political and moral authority over the issue and demanding a leadership role in interpreting and event which is a turning point in their history and happened right on what became their reservation.

The NY Times has an archive of Custer stories that provide background and snapshots of the man's declining historical reputation:


You might notice no articles between the late 1920 and the 1980s above. It seems that the Times has put articles from that era back behind a pay wall. I am  not sure when this happened or why!
Posted by Larry Cebula 1 comment: Links to this post

Those of you in Spokane may already know that in her proposed 2011-2013 budget Governor Gregoire has proposed closing the Northwest Museum of Arts & Culture. The doors would be closed and the staff would be reduced from 34.8 to 2.8 full-time equivalents--basically someone to mow the lawn. The museum exhibits and the Campbell House would close, the cultural events would end, and the public would lose access to the historic records and collections that the museum holds. The Washington State Historical Society in Tacoma is to get the same treatment. For the historical community in Washington State this is an unprecedented disaster in the making.

State Budget vs. the MAC

The attached statement and supporting documents from the MAC Museum board president relate to the Governor’s budget made public today. Her budget has plans to close the Museum to the public.
How can you help?

1. Contact your elected officials and tell them how important the MAC is to you and this community.
2. Contact five of your friends and ask them to do the same.
3. Become a member of the MAC!
Let your representatives know how important the MAC is to our region and, for the preservation of historical and cultural treasures that can be found nowhere else.
This is just the first step in the budget process. Our legislative delegation has been extremely supportive, and we are working closely with them.  If you have any questions, don’t hesitate to call.
We are moving full-steam ahead in anticipation of da Vinci exhibit opening on June 3, 2011.  Best wishes for a happy holiday season.

Who says there aren't any public history jobs? A friend sent me this advertisement for "Founding Father Performers" at Historic Philadelphia. They don't require singing and dancing abilities but I think those are just assumed for this type of position:


Founding Father Performers, Historic Philadelphia, PA
Posted By HISTPRES On December 10, 2010 (7:06 am) In Other
Historic Philadelphia, Inc. seeks historical interpreters to portray Founding Fathers.
Part-time paid work, April through October, 2011; could be extended.
Rehearsals – $12/hour.
Performance – min. $50/show.
Housing/Transportation not included.
To Apply:
Auditions by invitation only; held in mid-January 2011. For more information visit www.historicphiladelphia.org.
HPI is an Equal Opportunity Employer.
Send picture (in .jpg or .jpeg form) and resume (in .pdf, .doc or .docx form) to auditions@historicphiladelphia.org – or via U.S. mail to
Historic Philadelphia, Inc.
Attn: Auditions
150 S. Independence Mall West Suite 550
Philadelphia, PA 19106
DO NOT CALL OR DROP IN WITHOUT AN APPOINTMENT
Deadline: 01/08/2011
Posted by Larry Cebula 2 comments: Links to this post

A Digital Toolbox for Graduate Students in History

Readers, help me out here. What does a 21st century graduate student need to know in the way of digital tools and resources? I am trying to develop a presentation for incoming students in our graduate program in history. Here is my list so far, what should I add? I am trying to identify both tools and the minimum skill set that students should try to master with each. 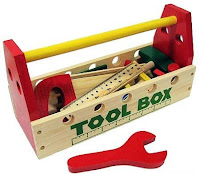 Wow, the above list is already longer and more intimidating than I wanted it to be. And yet I don't want to leave anything out. Please post your comments and suggestions below.
Posted by Larry Cebula 10 comments: Links to this post

Some things that I wish I had more time to explore: