The Mystery of a 1950 Mural in Spokane

My wife and I like to go on what we call history walks around Spokane. We pick out a neighborhood and walk a big loop. We are looking for signs of history--old commercial buildings, ghost signs, quirky neighborhood businesses, and the abandoned staircase or exposed brick paving that indicates previous uses and eras. (Yes we are geeks--what of it?) The one fast rule of our history walks is that we always end at a neighborhood bar. Last weekend we walked the Garland district, and inside the Brown Derby Tavern we found a real treasure. 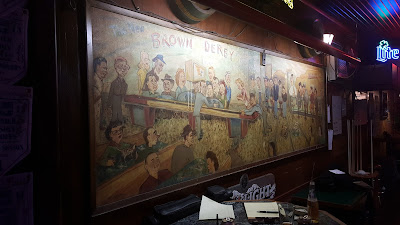 On the west wall is a giant mural, about 4 feet high and at least 12 feet long, showing what looked to be a 1940s crowd in the tavern. They are playing shuffleboard, smoking, joking around--one lady even brought her cat. The painting is breathtaking in its folk-art beauty: 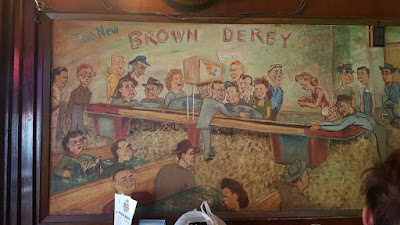 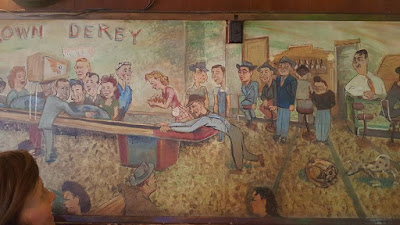 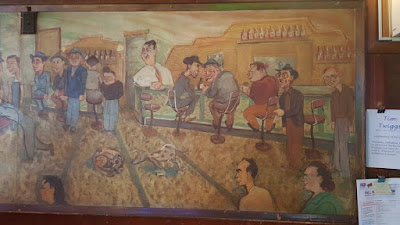 Americans today have largely forgotten how important neighborhood taverns like the Brown Derby were to the social fabric of neighborhoods. In an era of walkable neighborhoods (and small houses) the tavern served as a social center a meeting place and perhaps a relief valve. Every neighborhood had such places, and the regulars represented a broad sample of the residents. This mural, painted in 1950, captures a moment in time in such a neighborhood tavern in amazing detail. 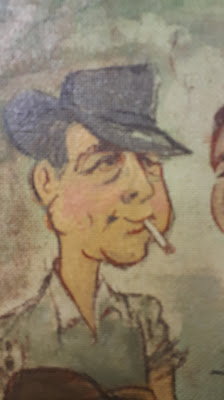 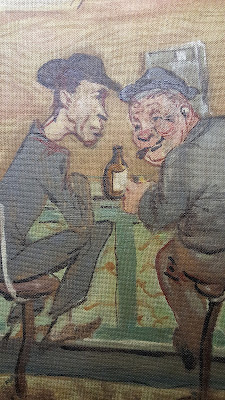 Who are these people? Who painted them? We asked the bartender about the mural and learned some sparse details. It was painted in 1950, and the people in the mural were actual patrons. The artist, Bill Swenson painted himself into the mural twice (he is the redhead at either end). Every once in a while, we were told, someone comes in and identifies one of the figures as a grandparent, but he did not know of any written record of who is who. 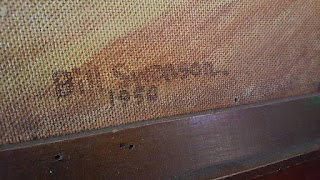 I dug around a bit and only found only a couple of things. Bill Swenson had a single cartoon in the 1942 Spokesman Review illustrating "a Spokane air depot artist's conception of how a number of employees felt the first day after the 'Victory Shift' was inaugurated at the depot to keep operations going 24 hours a day."
Aside from that, I did not discover much about Swenson. The 1910 census shows a William B. Swenson, aged 14, living in Spokane on Fifth Avenue. On December 13, 1941 (days after the Japanese attack on Pearl Harbor!) then 45-year-old Swenson married Barbara Jane Van Dusen before a justice of the peace. Other than that, nothing for certain--there were a lot of William B. Swensons in the country during the 20th century.

I dropped a line to a friend who has a regular column in the Spokesman Review, Doug Clark, suggesting that he might enjoy the painting. Doug wrote a piece about the mural, but he had no better luck in finding out the identities of the people in the mural--or the muralist.

And that is the end of the line for this historical inquiry. Unless someone comes forward with more information, we will never know the identities of the wonderful characters captured in this mural. 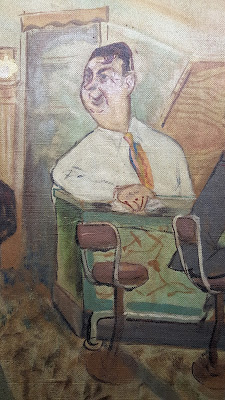 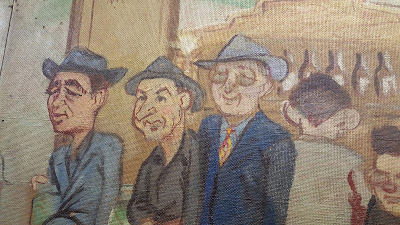 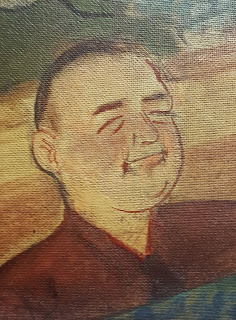 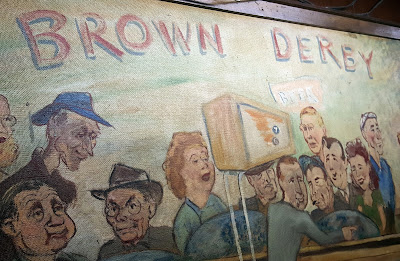 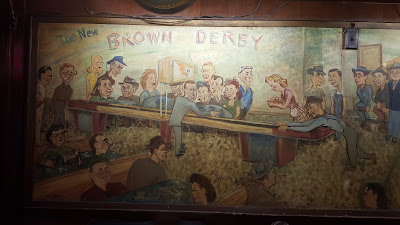 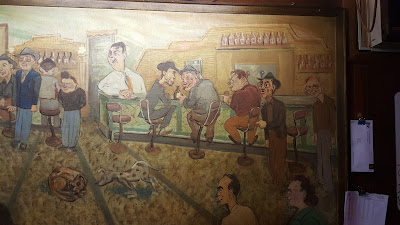 The Mukagawa Fort Wright Institute here in Spokane has been offering an exhibit of historical photos (and a few artifacts) from the fort at their Japanese Cultural Center. It was a very interesting exhibit, with some wonderful images. Since today was the last day, I thought I'd offer a few photos of the photos. Fort Wright has a fascinating history that you can explore on Spokane Historical. As for the exhibit, here is a hint of what you missed. 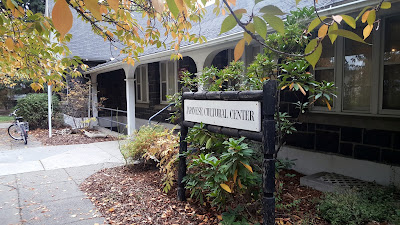 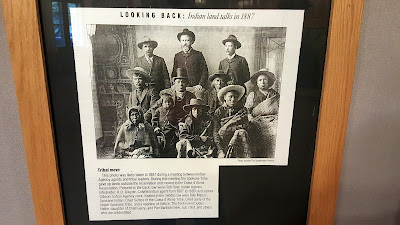 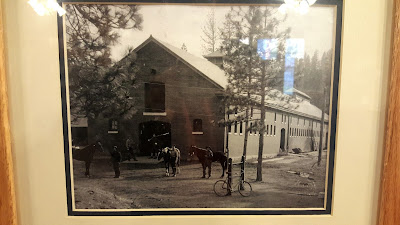 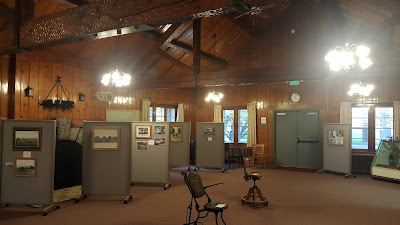 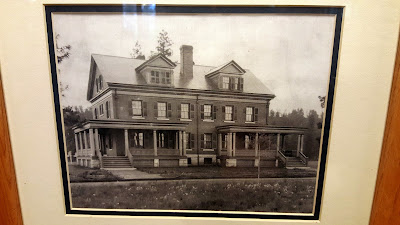 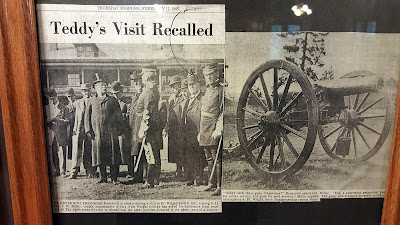 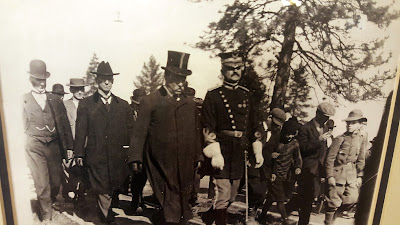 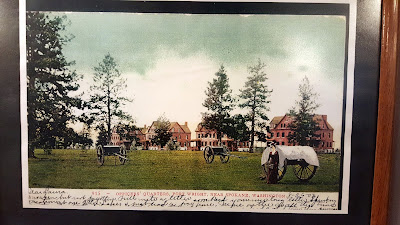 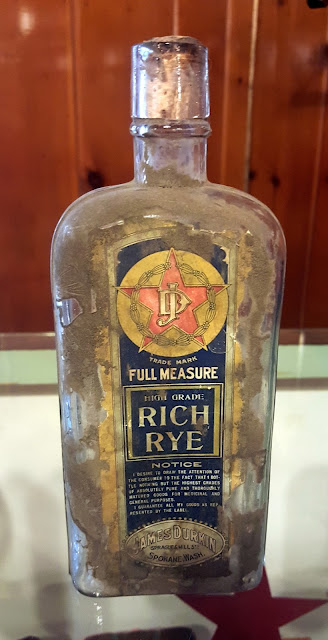 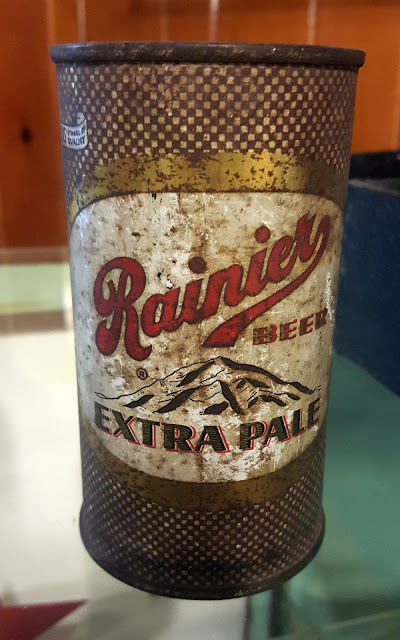 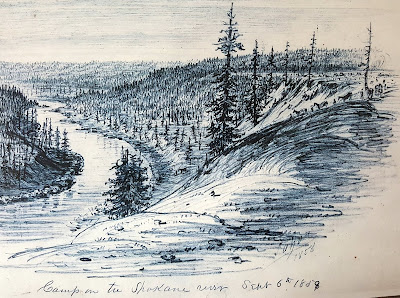 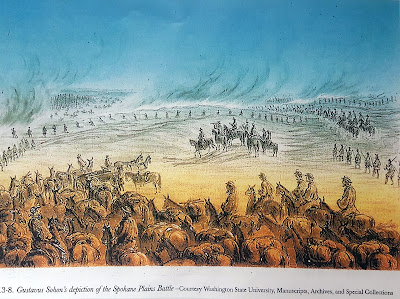