The Holy Grail of Audio Recognition

Big news today from the Washington State Digital Archives! (Full disclosure: I am an Assistant Digital Archivist here.) Today we put the audio files of the House of Representatives 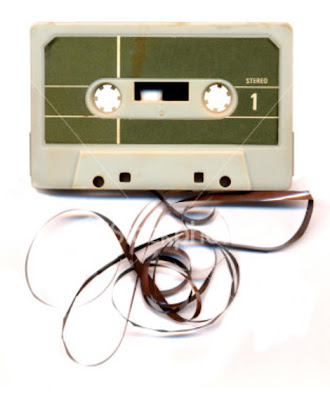 The House of Representatives Committee Meeting Recordings cover 1973 to 2001. This is almost 6000 hours of hearings and the files take up 1 terabyte of data.
This list of house committees will help give context to some of these files. The files came from 30,000 cassette tapes.The tapes were converted to digital files and cleaned up starting in 2005. Putting them online and making them searchable is a cooperative project between the Washington State Digital Archives and the Microsoft Corporation.

The technical breakthrough is that these files are keyword searchable. Users can enter keywords or phrases and the search engine will dig through all of the files and discover when

anyone spoke those words. The search results give some details about the file but also a snippet of the text showing where on that file the words were spoken. Click on any of the strings of words between the dashes and the in-line player will take you directly to that point in the recording. Some good keyword searches are salmon and dams, "Indian gaming," "state history," and "Lewis and Clark."

This, my friends, is one of the holy grails of computing: untrained voice recognition over thousands of hours of tapes and many different voices. We rolled out this technology with the legislative hearings because we are a state archives and this gives the Washington State public unprecedented access to these public records. But think of the other uses for the keyword searching of audio files. I have never visited an archives that did not have boxes of decaying audio tapes from an oral history project that never quite got to the transcribing stage. These tapes can be digitally preserved and put online. Television and radio interviews and news and talk programs will become searchable. This is a digital history breakthrough.
Posted by Larry Cebula 2 comments: Links to this post

A fasinating article from the New York Times about a group of researchers using Thoreau's journals to map climate change:

"On average, common species are flowering seven days earlier than they did in Thoreau’s day, Richard B. Primack, a conservation biologist at Boston University, and Abraham J.

Miller-Rushing, then his graduate student, reported this year in the journal Ecology . . . 27 percent of the species documented by Thoreau have vanished from Concord and 36 percent are present in such small numbers that they probably will not survive for long. Those findings appear in the current issue of the Proceedings of the National Academy of Sciences.

“It’s targeting certain branches in the tree of life,” Dr. Davis said. “They happen to be our most charismatic species — orchids, mints, gentians, lilies, iris.”

Of the 21 species of orchids Thoreau observed in Concord, “we could only find 7,” Dr. Primack said."

(Photograph of Walden Pond from the Walden Woods Project website.)
Posted by Larry Cebula No comments: Links to this post

A Roundup of Very Early Films of Cities

This is a fragment of a film made by an American, Charles Urban, and was just recently discovered in an Australian archive. I learned about the film from this post on Metafilter. And the great thing about Metafilter is how when someone posts something cool, other members add their own related links in the comments. So courtesy of Metafilter let's take a tour of turn-of-the-last-century cities around the world, through film:


Here is another Charles Urban film, of the Indian holy city of Varanasi. The quality is much lower than that of the London footage:

These reminded me of this 1906 film of San Francisco, taken soon after the earthquake:

(You can also see a film of San Francisco made just months before the earthquake at the Library of Congress.)

If you like these old films the British Film Institute has a generous collection of British films posted at YouTube. The Library of Congress has several excellent collections of very early American films online.

I had hoped to finish off this post with a very early film from the Pacific Northwest, but I have come up blank. If you know of any email me.

(I just received this interesting announcement. Dr. Taylor is a major historian of the American West so this should be good!)

"The Other Black Northwest: Beyond and "

Wolfe Auditorium, , November 6, 3:45 p.m.
This FREE public program, presented by the Center for Columbia River History (CCRH), provides a broader understanding of African American history in the region. Dr. Taylor will explore rural communities such as and in the 19th and early 20th centuries. He will also examine the growth of black communities during World War II in places such as , , and , as well as the unique civil rights experience of . This illustrated lecture will remind all that African American history in the is not confined to its largest cities.

Sponsored by the Center for History through the James B. Castles Endowment. For more information about this and other CCRH programs, visit www.ccrh.org

Indians and Law in Territorial Washington

As Americans established control of what was Washington Territory in the 1850s, what legal status was provided for the American Indians?

I was searching today to see if the laws of the State of Washington are online. What I found were bits and pieces, not a comprehensive legal record but some valuable information. One treasure is the Laws of Washington, Volume 1, 1854-1862. This is part of the Classics in Washington History online collection provided by the State Library. "This digital collection of full-text books brings together rare, out of print titles for easy access by students, teachers, genealogists and historians," and will be the subject of future posts here. Today, I did a keyword search for "Indians" through this collection of early laws and got some fascinating results.

This 1854 law lists persons "not competent to testify" in the civil actions:

Later on the laws specify who may testify in criminal matters, and here there is more leeway for Indians to speak: "Witnesses competent to testify in civil cases shall be competent in criminal prosecutions, but regular physicians or surgeons, clergymen or .priests, shall not be protected from testifying as to confessions, or information received from any defendant, by virtue of their profession and character; Indians shall be competent witnesses as hereinbefore provided, or in any prosecutions in which an Indian may be a defendant. " (302)

On the other hand the laws specify that "the property of all Indians" is exempt from taxes (p. 526) and a law governing the construction of wharves and regulation of watercraft emphasizes that "No part of this act shall be construed as applying to Indians, or to the property of Indians." (p. 556)

An 1854 "Act to Regulate Marriage" declares "That all marriages hereafter solemnized in this Territory, where one of the parties to such marriage shall be a white person, and the other possessed of one-fourth or more of negro blood, or more than one-half Indian blood, are hereby declared void." Any official who married such a couple was subject to a fine of between 50 and 500 dollars, to be paid to the common schools. In an apparent afterthought, Section 3 of the law states that "nothing in this act shall be so construed as to prevent any parties from being united in marriage, who may be living together at the time of the passage of this act." (651-52) This seems designed to allow established mixed race couples, who had perhaps been married for years in the Indian fashion and had children together, to legalize their ties.

An act authorizing county assessors to take the census directs them to "make separate lists of all taxable half breed Indians, negroes, kanaka [Hawaiians -ed.], and mulatoes, and chinamen" in their counties. (704)

Overall the laws paint a picture of white Washingtonians as eager to define citizenship in racial terms with a limited place for American Indians.
Posted by Larry Cebula 3 comments: Links to this post

Bruce Levine to Speak at EWU and Spokane

Heads up! Civil War historian Bruce Levine will be speaking at EWU this Thursday noon and at the MAC in Spokane Thursday evening. Levine's newest book is Confederate Emancipation: Southern Plans to Free and Arm Slaves During the War. (A review of the book is here.) Levine will deliver two lectures:

These are important lectures. In recent years neo-confederate "heritage" groups have worked hard to refashion the public narrative of the Civil War, downplaying or dismissing entirely the central importance of slavery and racism. One of their efforts has been to argue that there were large numbers of blacks who fought on the side of the South because they just loved their Massa Lee or something. It is nonsense of course and academic historians have mostly ignored the black confederate mythology even as the neoconfederates have created websites, educational programs, and shoddy publications based on the myth. Levine is among the few historians willing to tackle the topic head-on. (For more on the topic, check out The Myth of Black Confederates tag at the Civil War Memory blog.)

This opportunity to hear a top historian is thanks to a Teaching American History grant from the U.S. Department of Education to Spokane Educational Service District 101.

(If you can't make it here is an MP3 of Levine delivering the second lecture at UC Santa Cruz.)
Posted by Larry Cebula 1 comment: Links to this post