Voices of the Pioneers - Classic Oral History Brought Up to Date

From 1955 to 1971, the Friends of the Spokane Public Library performed an admirable public history project. They recorded a series of oral histories with notable early settlers of Spokane and the surrounding regions. Though the 1950s and 60s might seem like long after the white settlement of Spokane in the late-nineteenth century, it is well within the range of a human life, and they were able to gather both eyewitness accounts and family stories one generation removed. The interviews were recorded on tape and sometimes shellac records. In the 1970s they were transferred to cassette tapes to be shared with the public. Transcripts were created for most of the interviews.

The Voices of the Pioneers collection is a treasure trove of information that is often found nowhere else. It includes eyewitness accounts of the Great Spokane Fire of 1889, stories from the mines of Idaho and the wheat farms of the Palouse, the founding of prominent Spokane institutions such as the Spokesman-Review and Gonzaga University, and so much more.

A couple of years ago one of my grad students here at EWU, the excellent Shaun Reeser, digitized the records, tapes and transcripts and worked with the staff of the Washington State Archives to get them online.The collection is a great resource for anyone researching or teaching the history of the Inland Northwest, but if you are not familiar with the Digital Archives website, it might be a bit confusing to find what you are looking for.

Here is an index to the collection, prepared by the Spokane Public Library in the 1970s. This might be a good first stop to get a sense of the what the collection includes.

The audio files are here, The Washington State Archives has a nifty tool that allows you to keyword search untranscribed audio, so you can explore the collection that way. Try "Indians" for example: 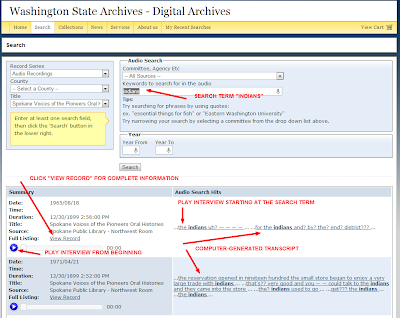 I have a team of students in my Digital Storytelling class working with the recordings right now and they are coming up with some wonderful entertaining stories. They are editing down the original interviews into 60- and 90-second podcasts for use in the Spokane Historical smartphone app for local history. I will highlight the best of these when the class in complete in December.

The Voices of the Pioneers collection at the Digital Archives website is really a fun place to explore, and a cutting-edge match of classic oral history and digital technology. Give it a try!

EWU is fortunate to be hosting a talk by Dr. Peter Boag, the Columbia Chair in the History of the American West at WSU, who will be speaking this Thursday, October 24 12:00-1:30 in 119 Hargreaves Hall on the Cheney campus. Boag's talk at EWU is titled "Reflections on Cross-Dressing in Western American History." 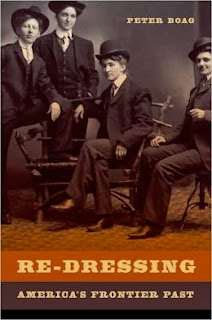 Boag is, as they say in this profession, kind of a big deal. His first book, Environment and Experience: Settlement Culture in Nineteenth-Century Oregon was a ground-breaking work of environmental and intellectual history about how the first white farmers in the Willamette Valley saw and shaped their environment. His second, Same-Sex Affairs: Constructing and Controlling Homosexuality in the Pacific Northwest, explored a 19th-century world that many historians had ignored, the rich history of homosexuality in the northwest. Boag continues to explore boundaries of gender and sexuality in his new book, Re-dressing America's Frontier Past, which won the Ray Allen Billington Prize from the American Historical Association this year.

The event is open to the public and all are invited!

...because making fun of Civil War reenactors is what brings public historians together.

The Washington State Archives is celebrating Archives Month all over the place.

You knew it is Archives Month, right?

Here is Cheney we invite you to a special event on Saturday, October 26 Join us at your local branch of the Washington State Archives on Saturday, October 26th as we celebrate Archives Month! Our annual open house this year includes tours of the facility, refreshments, workshops on oral histories and genealogical research, and viewings of our holdings here at the Digital Archives and Eastern Region Branch.
This year’s theme, Hearing History, highlights the preservation of Eastern Washington oral histories in collections such as Women in Legislature and Voices of the Pioneers, and in student projects from Eastern Washington University’s History program. Here is the schedule:

9:30-11:30: GENEALOGY WORKSHOP
(limited number of seats are available, contact us to reserve a spot!)

For more information or to reserve a spot for the genealogy workshop: 509-235-7500
Posted by Larry Cebula No comments:

Will the Republican party punish the National Park Service for the shutdown? 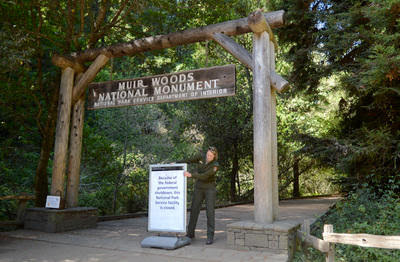 The question appears ridiculous on the face of it. The NPS did not cause the government shutdown--the Republican party did. The NPS had no choice in the matter, their orders came from outside the agency, and those orders only followed federal law (specifically, the Anti Deficiency Act of 1884). The NPS is not at fault.

However, in the hyper-partisan political atmosphere of the moment facts and logic have little sway. The images of closed National Parks have served as the dominant visual representation of our failure of government. Reporters looking for a clip to illustrate their shutdown stories could hardly do better than send a camera person over to the nearest national monument to shoot some video of the closed signs. Bonus points for including an NPS employee (working without pay) turning away a visitor.

NPS sites in Washington D.C. quickly became proxy battlefields in a partisan war. This picked up steam when a group of awesome old veterans refused to accept the closure of the World War Two Monument on the National Mall and walked past the barricades. Cliche-addled reporters quickly turned this into a "veterans storm the monument" meme. On the right this scene was transformed into an act of resistance to President Obama. One Republican congressman, Randy Neugebauer from Texas got the bright idea that it would be good publicity to go down there and shame one of the NPS rangers in front of the TV cameras. It did not go well for him:

Though Neugebauer was widely condemned for his attempted bullying, the right doubled down on their anti-Park Service rhetoric and have found an audience in doing so.

Don't believe it? Check out the stunning comments on the National Park Service Facebook page post announcing the NPS closure. Some are supportive, but hundreds are crude insults and ideological attacks from confused people who seem to blame the National Park Service for the shutdown. Just in the little slice of comments captured below, park rangers are equated with Hitler's brown shirts and worse: 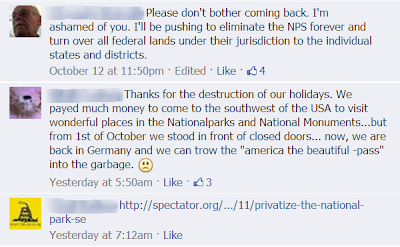 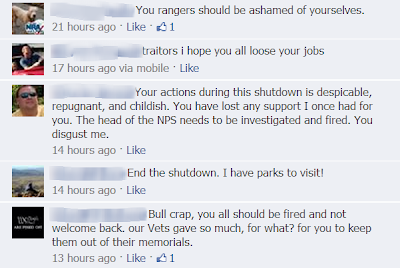 ...and it goes for 1200 comments, more than half identical to the ones above. The commenters are apparently being whipped up the right wing internet sites. Mark Steyn penned a piece, Park Service Paramilitaries for National Review. "The NPS has spent the last two weeks behaving as the paramilitary wing of the DNC," Steyn writes. He plays with phrases like "shock troops" to accuse Park Service rangers of being Nazis without actually saying it.

National Review is the flagship of American conservative thought, and does not have to be explicit to point the way, they know that others will follow. I don't have the heart to link to examples, but a search for "park service" + gestapo gets 43,000 hits. Similar results are obtained when you swap out gestapo for "brown shirts" or "Hitler youth."

So a substantial part of the American population is irrationally angry at the National Park Service right now. What will the results be?

Long before the shutdown, the National Park Service was in the sights of certain politicians. Talk of privatizing the National Parks was commonplace during the Bush years, but still considered a fringe idea. Now it has come roaring back with a vengeance. Alternatives to outright privatization include turning the parks over to the states. One can easily imagine the fate of many of western parks under the management of deep red states, with reduced funding, hunting seasons, increased private concessions, greater motor vehicle and airplane access, and maybe a few clear cuts for good measure.

Privatization probably won't happen, but the fact remains that conservatives have identified the National Park Service as the enemy, moving the agency into an ideological category that they had previously reserved for labor unions, ACORN, and the Environmental Protection Agency. At the very least we can expect that, even when the shutdown is over, Republicans will push to slash NPS funding even further, install greater political "oversight" on the agency, and fight tooth and nail against the creation of additional park units.

The shutdown will be over soon, but the Park Service may feel the effects for years to come. 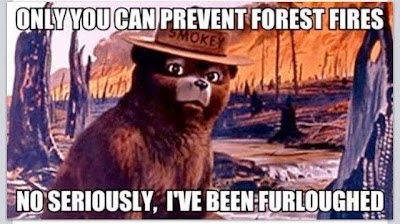