I try to steer away from politics on this blog but I wanted to share this ad from a Michigan politician. He's a fear monger, but a fear monger who knows his political history. I wonder how many viewers get the historical reference?

Original "Daisy" ad after the jump:

I have been having a fun afternoon plowing through the vast Cylinder Digitization and Preservation Project site at UC Santa Barbara. The site is "a digital collection of over 8,000 cylinder recordings held by the Department of Special Collections" all of them available to download or to play online. They also have a handy series of streaming radio programs featuring collections such as World War One songs or famous historic speeches.(See also this older post about another wax cylinder collection.)

What I have been doing today is looking for songs that illustrate common themes in my history courses. I try to bring some web resources into every lesson and I think my students would enjoy hearing the crackly old songs. And what a gold mine of stuff! Some examples:
There is also some starkly racist material here concerning Indians and blacks (do your own searches) that depending on the level of your students might be valuable as well. Check out the browsing page for other categories of collections.
Posted by Larry Cebula 5 comments: Links to this post

The National Archives is undertaking an interesting project--asking the public to vote on their webpage redesign. They have narrowed the choices to four designs and are bringing in the public as part of an admirable open government initiative. There is even a discussion forum (please vote up my request that they not use Flash!). 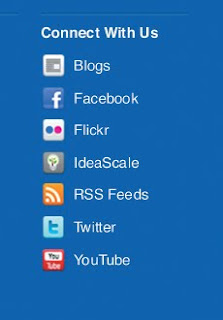 I applaud the idea but the implementation is flawed. The designs as presented are too small to discern much, and the links to larger images do not work update: the links are fixed. The larger images are PDF files hosted at Google Docs, which won't tell us much about the usability of the sites. (Sample question: Will any of these use Flash? Hope not!)

What I really do like however is the is the data analysis and feedback section about web redesign they released, which is a rich if disorganized set of information about NARA and its users. I also like that each design incorporates social media features and includes content that will be constantly refreshing, such as "latest blog posts."

If you have a few minutes and care about out national archive, go check out the redesign page and cast your vote.
Posted by Larry Cebula 1 comment: Links to this post

Happy Fourth, Dear Readers. I wasn't sure what to post today when I saw that my local newspaper ran this wonderful letter from Thomas Jefferson. So I am stealing it. In the letter an elderly Jefferson declines an invitation to visit Washington D.C. on the 50th anniversary of Independence, and reflects of the significance of the event. Jefferson would die a few weeks later--on July 4, 1826.

The kind invitation I receive from you, on the part of the citizens of the city of Washington, to be present with them at their celebration of the fiftieth anniversary of American Independence, as one of the surviving signers of an instrument pregnant with our own, and the fate of the world, is most flattering to myself, and heightened by the honorable accompaniment proposed for the comfort of such a journey. It adds sensibly to the sufferings of sickness, to be deprived by it of a personal participation in the rejoicings of that day. But acquiescence is a duty, under circumstances not placed among those we are permitted to control. I should, indeed, with peculiar delight, have met and exchanged there congratulations personally with the small band, the remnant of that host of worthies, who joined with us on that day, in the bold and doubtful election we were to make for our country, between submission or the sword; and to have enjoyed with them the consolatory fact, that our fellow citizens, after half a century of experience and prosperity, continue to approve the choice we made. May it be to the world, what I believe it will be, (to some parts sooner, to others later, but finally to all,) the signal of arousing men to burst the chains under which monkish ignorance and superstition had persuaded them to bind themselves, and to assume the blessings and security of self-government. That form which we have substituted, restores the free right to the unbounded exercise of reason and freedom of opinion. All eyes are opened, or opening, to the rights of man. The general spread of the light of science has already laid open to every view the palpable truth, that the mass of mankind has not been born with saddles on their backs, nor a favored few booted and spurred, ready to ride them legitimately, by the grace of God. These are grounds of hope for others. For ourselves, let the annual return of this day forever refresh our recollections of these rights, and an undiminished devotion to them.

I will ask permission here to express the pleasure with which I should have met my ancient neighbors of the city of Washington and its vicinities, with whom I passed so many years of a pleasing social intercourse; an intercourse which so much relieved the anxieties of the public cares, and left impressions so deeply engraved in my affections, as never to be forgotten. With my regret that ill health forbids me the gratification of an acceptance, be pleased to receive for yourself, and those for whom you write, the assurance of my highest respect and friendly attachments.

I copied the text of the letter from an older but still excellent Library of Congress web exhibit: Declaring Independence: Drafting the Documents. The image of the letter is taken from the LOC Thomas Jefferson Papers.