1. The conference has been terrific. Some very interesting sessions, but more valuable to me have been the many networking opportunities. I have met archivists from national, state, and local government, and even one tribal archivist. "Hi, I am Larry." I say to them. "Do you have any job openings? Hire my students!" I got some good leads.

2. I moderated a session where three of my friends and coworkers from the Washington State Archives presented. Todd Henderson showed off Scribe, the crowd sourcing tool that use to add metadata to historic records. My recent MA graduate, Charlie Byers, demonstrated his MA project, a pilot study of using facial recognition technology with historic photographs. (Spoiler: It works pretty well!) And June Timmons presented Correct That, a digital tool the archives developed to batch crop and correct scans of historic documents, thousands of images at a time. Each of these was a practical solution to common archival problems, and the audience loved it.


3. On my way to the session I kept thinking, "I would really love to take the afternoon off and rent a hotel bike and explore the Boise River Greenbelt trail, a paved bicycle and walking path that stretches for 40 miles along the river. But I better not because my boss is here." I met my boss before our morning session and he said "Hey Larry, I know you like to bicycle. This afternoon you should rent a hotel bike and explore the river trail. It goes for miles--you'd love it." And I did. Great boss! 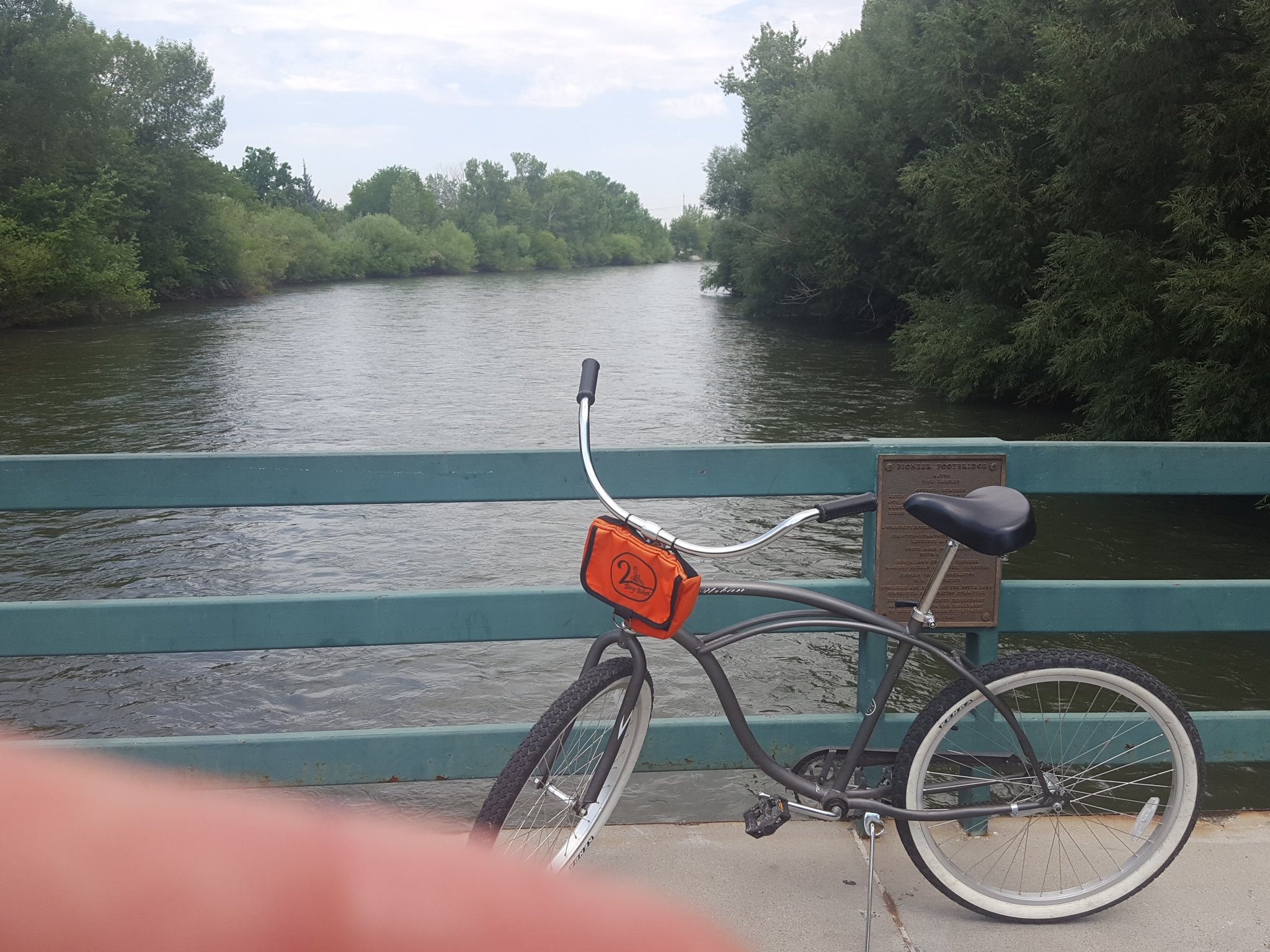 4. I had not been to Boise before and this city is a revelation. I explored sections of town three times, twice with a friend who is a public historian at Boise State. It has the usual accretion of plaques and monuments of any state capitol, but also a lot of clever public history going on. I may make a separate blog post about this.

5. Basques have it going on. Boise is home to the largest population of Basque peoples outside the Iberian peninsula. There is a Basque Block with restaurants and a really excellent museum--which is in fact a model for smaller, focused museums. Basques are interesting because the numbers in which they migrated to America are fairly small compared to some ethnic groups, their peak immigration was well before the Second World War, and they scattered over most of the American West. Any yet they continue to have a strong sense of their ethnic identity, with Basque associations all over the west. How do they keep the flame burning when so many other immigrant groups have been subsumed into mainstream American culture?


Tomorrow I do the loooong drive back to Spokane, hopefully with time to visit some of the site along the Nez Perce National Historic Trail. Goodnight.