A Call for a New Federal Writer's Project

[This is my first-ever advocacy post! Update: I posted this at Change.gov, the Obama transition team website where they are soliciting ideas. Vote it up!]

As the country slides further into recession, the word from Washington is that President-Elect Obama is thinking historically as he crafts his response to the crisis: "His aides said Mr. Obama had studied the way Franklin D. Roosevelt 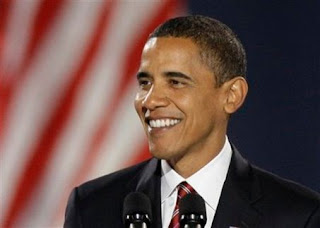 approached the first 100 days of his presidency, and in particular had seized on the notion of Roosevelt having a 'conversation with the American public' to try to prepare it for a difficult time. He has, aides said, even looked at the words Roosevelt used and the tone he struck."

Obama, of course, will be borrowing more than speeches from FDR and the New Deal. He has unveiled the broad outlines of an $800 billion economic recovery plan, a plan which includes such New Deal favorites as massive public works and aid to state governments. Many of the details of the plan are being worked out, and perhaps it is not too late to add one more item--a new initiative to preserve and make accessible our history and heritage. A new Federal Writer's Project, if you will, but with a 21st century digital edge.

Among the greatest legacies of the New Deal was how it preserved so much of our American history and heritage. The first New Deal built more than roads and bridges. A number of New Deal initiatives c 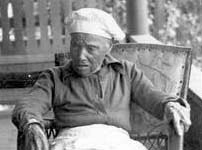 reated jobs while collecting and preserving American history. Interviewers from the Federal Writer's Project (FWP) fanned out across the American South and interviewed former slaves. The FWP collected life histories of thousands of other Americans as well. FSA photographers such as Dorthea Lange produced memorable portraits of the Dust Bowl migrants and other Americans struggling to survive. Other government-funded historians produced the WPA guides to the individual states that are still important sources for local history. WPA artists created murals of local history in public places such as post offices and courthouses, many of which survive today.

There is scarcely a historian or public school teacher in the United States who does not use Depression-era historical resources every week. We enjoy the fruits of the New Deal efforts to preserve American history every bit as much as we enjoy the parks, forests, and dams that were created. So as Barack Obama prepares a new New Deal, how will history be included?

The historical community needs to push to be included in the stimulus plan. There is so much that we could do. A 21st century Federal Writers Project could do oral interviews on a massive scale. American veterans could be interviewed in an expansion of the Veterans History Project. Other subject for oral history projects might include America's new immigrants, people whose lives have been disrupted by Hurrican Katrina, or state-by-state cross sections of typical Americans. Oral histories would be collected on inexpensive digital recorders and preserved online. New technology developed by Microsoft and the Washington State Digital Archive would make the collections keyword searchable, creating a tremendous historical resource for future generations.

Digitization would be another important initiative for the New Federal Writers Project. As Americans newspapers fail at an alarming rate there is the danger that their archives of past issues, some going back over a century, will be lost. Google has already begun working with some newspapers to digitize their archives, an infusion of federal cash could greatly accelerate the process and make sure that nothing is lost. Federal aid could help states, counties, and private and public museums to digitize their archival holdings and put them online, opening up our cultural heritage to new audiences.

A third initiative of the New Federal Writers Project could be to record our built landscape. Urban decline in the rustbelt and suburban expansion everywhere else are profoundly changing our patterns of settlment and commerce. A lot of new business construction (such as big box stores and strip malls) is intended for a fairly short lifespan, to be torn down and replaced in a few decades. Meanwhile important historic sites from battlefields to cemeteries are threatened by new development. We could take this moment to record as much of the build landscape as possible, using digital photography and GPS technology to create a visual map of historic and other sites around the country.

Economists emphasize that successful economic stimulus must be fast. Thus the emphasis on projects that are "shovel ready," projects for which the plans and permits are already in place but that have simply lacked the money. A New Federal Writers Project is shovel ready. We already have national, state, and local organizations with the skills, models, and the history of coorperation to succeed. The National Archives and the Library of Congress could lead the effort. State archives and historic societies could link the national partners to the local governments, museums and historic societies where the work would happen. We have digital repositories to preserve the work, organizations such as the Washington State Digital Archives and the American Memory project at the Library of Congress.

Thousands of jobs could be created overnight. And teachers and school children could work in the effort as well. This initiative that could find broad bipartisan support. Every politician loves American history and heritage projects, as we see in the popularity of programs such as Teaching American History. And the jobs would be temporary, just as in the first New Deal. This would mollify Republicans worried about a permanent expansion of government under the guise of stimulus. And it is a project that could take place not just in every state but in every city and county in the nation.

Rahm Emanuel, Obama's chief of staff has said: "Never let a crisis go to waste." For the historical and archival community, this economic crisis is an unprecedented opportunity. If we seize the moment, we can create a rich historical record that will be a national treasure for future generations of Americans.

So how do we get started?


[Note: Author Mark Pinsky has been floating this idea as well, in this New Republic piece and this NPR interview. Thank you, Mark.]
Posted by Larry Cebula

You're exactly right Larry. There is so much that could be done. Considering some of the crap people want our tax dollars spent on, this would be a worthwhile venture (example: the Minnesota senator not named Al Franken recently sponsored a $500,000 earmark so that a Minnesota-based Christian group can go to Haiti and fight to rid the country of 200 years of Satanic rule. I wish I was joking.)

Plus, this would be a great potential job opportunity for an unemployed historian/archivist that you know and love (OK, just know).

We need to be careful how we pitch the idea. Pinsky's piece at the New Republic tried to sell the idea firstly as a jobs program for out-of-work newspaper reporters. The problem with this is that large segments of the American public dislike journalists and delight in their suffering. Academics are scarcely more popular.

This needs to be presented as a jobs program that preserves and protects our heritage. Which it would be. The original FWP, after all, employed all sorts of Americans, not just unemployed historians or reporters.

FDRs writer's project has given historians a wealth of information that I, for one, access regularly for course development and tell my students about for thier research projects. This would be a good idea - even though I recently heard that many of our Senators do not think that a profect like this would be consider a stimulus. Maybe the Senators should be educated about collecting historical information - of course it generates $ into the economy - historians travel, they spend money on air fares, hotels, rental cars, food establishments, visit bookstores and other shopping in the area they are visiting - and maintain their homes & families while they are away! This is a good idea! It should be pursued!

We need to be careful how we pitch the idea. Pinsky's piece at the New Republic tried to sell the idea firstly as a jobs program for out-of-work newspaper reporters. The problem with this is that large segments of the American public dislike journalists and delight in their suffering. Academics are scarcely more popular.

This needs to be presented as a jobs program that preserves and protects our heritage. Which it would be. The original FWP, after all, employed all sorts of Americans, not just unemployed historians or reporters.

Brilliant idea but you are right about how it needs to be pitched.

Unfortunately, I don't think framing the issue as "heritage protection" would be much better. At least not until we come up with a better way of articulating to the general public why heritage and history are important. That is a project no amount of stimulus money can help.

We don't need any government funding of any sort for this.

No topic is unaddressed today.

There are writers writing about any topic however obscure publishing on the internet because they want the topic to be heard.

No form of writing is in any danger at all of becoming a lost art.

The taxpayer has enough of a burden without paying someone to DUPLICATE what is already being done by someone paying their internet provider for the privilege.