Public History Has to Get the History Right 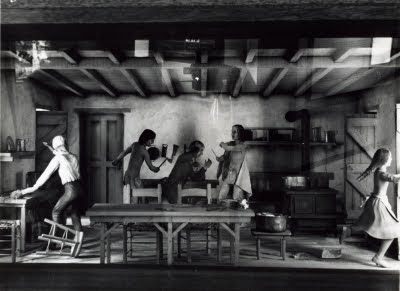 The explosion of digital technologies, falling prices for equipment, and the development of an online audience interested in history has allowed everyone to get into the business of public history. Anyone with a netbook and perhaps a Flip video camera can produce original history content, put it online via Blogger or Facebook or dozens of other free platforms, and publicize their wares with Twitter or listservs or whatever. But what good does this do us if they get their history wrong?

Exhibit A: This podcast on the Whitman Tragedy by what appears to be a one-man outfit, US History Travelcast. I very much admire what Jeff Linder, the author of this podcast series, is trying to do. His fledgling site has podcasts on topics as diverse as Plymouth Rock, Seth Bullock (of Deadwood fame), and a 1959 prison riot in Montana. Many of the topics are drawn from Linder's travels and his website includes photographs of many of the featured locations. Unfortunately the content, at least for this episode, is pretty weak.

The problem with Linder's podcast is that he tells the story of the Whitman Mission exactly the way historians of a hundred years ago told the story--of saintly missionaries who headed west and were murdered by superstitious (and faceless) Indians who did not know any better. Linder begins his story with the missionaries at their homes in the northeast, rather than with the Cayuse and Walla Walla peoples along the Columbia. He carefully recites the the full names of each missionary, while mentioning no native person by name until he drops the names of two of the individuals who killed the Whitmans. Indeed the first mention of Indians at all is when he says that the Whitman's joined a fur brigade for safety against "raiding bands of Indians." He repeats the idea that part of the importance of the missionaries is that their party included the "first white women over the Rockies," which is one of those racialized "firsts" that makes modern historians cringe.

The important back story to the mission--the fur trade, the native journey to Saint Louis, the religious changes before the Whitman's arrival--are absent. Linder has Lewis and Clark "discovering" the Columbia River, which would have been news to the American and English sea captains who had sailed up its mouth a generation earlier, let alone the native peoples who had lived there for a hundred generations. He repeats the old myth that a wagon train of immigrants gave measles to the Cayuse, an idea disproven by anthropologist Robert Boyd a decade ago. And Linder has the mixed bloods Joe Lewis and Nicolas Finley as instigators of the killings--a popular 19th century theory but one not widely accepted today.

In his introductory episode Linder explains that he was never interested in history until a recent visit to Washington D.C. where history really came alive to him. "I am not a historian," Linder explains, "I don't have a degree in history." And yet he does have a podcast about history, and his lack of historical training undermines his efforts.

I have spent too many words picking on this poor podcaster who wanted nothing more than to share his love of history.  Let me turn to the real culprit here--the historical profession, which has been slow to adopt new technologies and has left the digital path open to well-meaning but untrained amateurs. Most of us could easily create a podcast and some blog posts on some of our favorite topics. It isn't that hard. But we fail to embrace the new opportunities to reach a public that is hungry for history, and others fill the vacuum.

[Illustration: This diorama of the killing of the Whitman's used to be on display at Whitman Mission National Monument. It was eventually removed because of its factual inaccuracy and because it was offensive to the tribes. Photo courtesy of the Washington State Digital Archives.]

Great piece. This is why, much as I love Paul Dorpat, I wish he hadn't gotten involved in the Ivar's hoax, and why I shudder when the "Georgetown Morgue" story circulates each Hallowe'en. (I wrote a rather detailed piece last year picking it apart, and was attacked for taking the fun out of the holiday.)

I figure things like that pollute the historical stream, as it were, and professionals like you and amateurs like me should do what we can to keep it clean. (Speculation, etc., should be clearly marked as such.)

I found your last bit interesting, though: Let me turn to the real culprit here--the historical profession, which has been slow to adopt new technologies and has left the digital path open to well-meaning but untrained amateurs. Most of us could easily create a podcast and some blog posts on some of our favorite topics. It isn't that hard. But we fail to embrace the new opportunities to reach a public that is hungry for history, and others fill the vacuum.

The historical profession may have been slow to adopt to new technologies, but public/local history has always been filled with well-meaning but untrained amateurs. (Including the likes of me!) The net has simply allowed our work to be propagated much more easily than it used to be. I think this is partially because the historical profession simply doesn't have enough bandwidth to deal with the demand — and often doesn't have enough interest in niches. How much time can the UW History Department really spend on one particular Seattle subdivision? But an interested amateur can do work — which can then be built upon by professionals later, if they so choose.

Nothing wrong with amateurs — so long as they follow professional standards, I'd say. At least that's my take on it. As you point out, of course, many don't.

There simply aren't enough professional jobs in history to make it worthwhile for everyone who's interested to get professional training. I think local history will always, to some degree, be the province of amateurs.

Might the question not just be, how can professional historians adapt to current technology to fulfill an obvious demand, but also how can professional historians work with amateur historians to ensure the work of the latter is as accurate as possible? We can occasionally return the favor, as well — nothing better than volunteers to discover overlooked tidbits that don't matter to the large scope of history, but do matter to those who, say, obsess over street names.

Would love to hear your thoughts on the matter.

Benjamin, thank you for the thoughtful comment. Sorry if I made it seem as if historical interpretation was only for those of us who squandered our youths in graduate school.

As a public historian I revel in the work of dedicated amateurs. Especially on the local level, as you indicate, it is always going to be the amateurs who dominate--and so many of them are doing fine work. And I think it is in the interpretation of local history that the digital revolution is having its greatest impact. (Which is perhaps the topic for a different post...)

God knows we do not need an academic blogging about every town and street and event out there. I just would like to see a bit more engagement from my colleagues with those who are doing such things!

Thanks Larry, and rereading my own comments I realized I kind of skipped over an important part of your initial point — this fellow with the podcast wasn't talking about something obscure that is generally the province of local historians — he was talking about an issue of statewide, even national importance. (I see his other topics include Jamestown, Plymouth Rock, the Boston Tea Party, and The Star-Spangled Banner.)

Regarding this — I just would like to see a bit more engagement from my colleagues with those who are doing such things! — how do you think we amateurs can help the process along?

Benjamin: Good points again. As to helping push academic historians into a broader engagement with the public, I am afraid that the incentives have to come from the university. It is the university that employs us, gives us or denies us tenure, and decides what "counts" as scholarly activity. And at too many schools the only thing that counts are is peer reviewed scholarship published in a physical format.

What might push the universities along is a push from the professional organizations, the OAH and the AHA. But that will never, ever, happen!

The good news is that the revolution will happen with or without the institutions that should support it. I know more and more history bloggers who are excellent, and some of tem are academics. I have recently been to a couple of digital humanities unconferences that were packed with enthusiastic academics, many of them graduate students or folks early in their careers. And the NEH and other organizations have grants for the digital humanities.