I think one of the least-anticipated impacts of the digital turn on the practice of history has been the way that it revitalized local history in the United States. The internet with its blogs and listservs and easy web creation has made it possible for legions of amateur historians to put their research on the web, and you can hardly Google the name of any tiny town without coming upon a Geocities page dedicated to its history. At the same time the internet gave local historians new sources of information. In too many cases local historians used to simply recirculate the stories of the first chronicler of their towns with too little critical 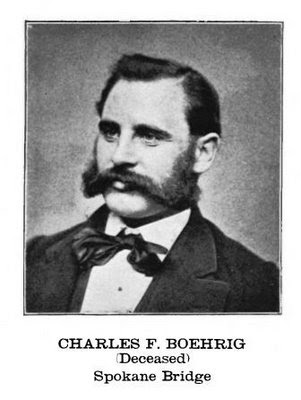 evaluation and no original research. But now databases such as the Historical Census Browser, Google Book Search and Google Patents, Footnote.com and other searchable large-scale digital repositories make it easy to dig out forgotten facts about even the most obscure towns.

Classics in Washington History offers some wonderful resources for local history. The collection includes a strong selection of "centennial" or "subscription" histories. These are town and county histories written at the turn of the previous century and printed locally in small runs and in many cases very few copies survive. They were often written by a local newspaper editor or attorney and were published by subscription. Often the histories were in two volumes with the second book being a collection of portraits and biographies of local worthies--specifically, local worthies who had agreed to buy a set of the volumes. These collections of formal portraits give this genre of publications its popular slang name among historians: "mug books." (Here is a nice article about evaluating mug books from Genealogy.com.)

Classics in Washington History includes these subscription histories for Yakima, Spokane, Chelan, Big Bend, Walla Walla, Puget Sound, and several other counties. For all their flaws, these histories are invaluable for the local historian. The include details of local history such as the names of public officials and businesses that can be hard to recover elsewhere (especially if there was a courthouse fire at some point). Centennial histories often drew on the memories of still-living pioneers who had come to their towns by covered wagons or even with the fur trade. Most centennial histories tended to glorify and even whitewash the past (which reminds me of another term for this genre--"booster histories") but depending on the author some are quite frank about the seamy side of history. And finally for many towns the centennial histories are all we have in the way of historical records for many episodes. They are to be used with caution, but you can't not use them to do local history.

But the best parts of the mug books are the "mugs"--the late 19th century portraits of American men in all their hirsute glory. After the jump, a few notables.

Representative of the Old Testament look in American beards was Dr Dorsey S. Baker, M.D. of Walla Walla. The description of Baker from Lyman's History of Old Walla Walla County, Embracing Walla Walla, Columbia, Garfield and Asotin Counties (1918) is also representative, in this case of the fawning nature of the biographical sketches in these volumes:

"No history of Walla Walla and the Inland Empire would be complete with-
out extended reference to Dr Dorsey S. Baker, now deceased, who for many
years figured most prominently m the professional, commercial and financial
circles of the northwest. He stood in the front rank of the columns that have
advanced the civilization of Washington, leading to its substantial development,
progress and upbuilding." 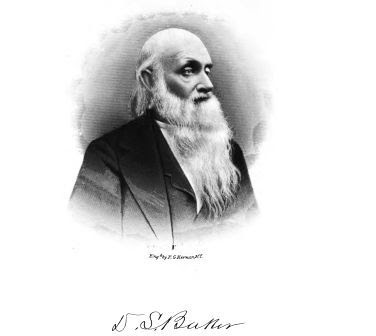 The oldest men in these mug books have John Brown beards, as with Michael Nixon: 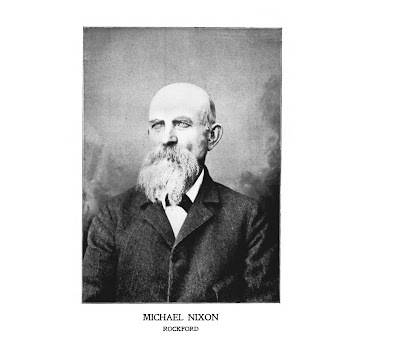 But if old timers preferred their beards long and chin-hiding, the next generation was more into elaborate mustachios, as we see in the portrait of the Wickersham family from the same volume: 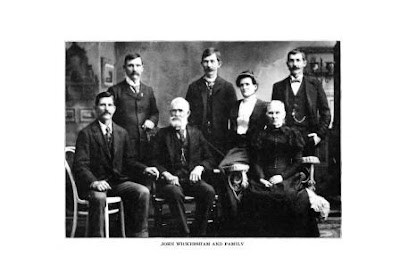 None of the Wickershams could hold a candle, however, to Spokane County's E. G. Marston and his impressive handlebars: 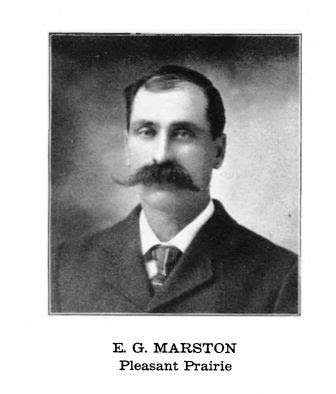 Henry Kausche of Walla Walla anticipated the "poser patch" so popular today, but took it to heights that few Indie kids could match: 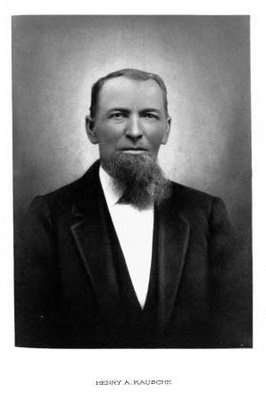 Whereas Joseph Rose's twisted ends just look silly, as if his mother helped him prepare his mustache in the morning: 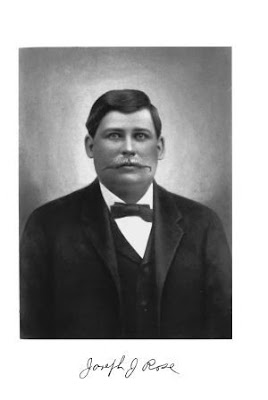 Joseph E Stauffer, M.D. schools them all on the curvy handlebar: 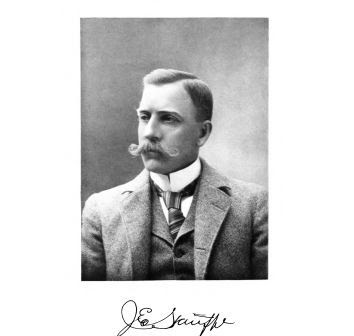 I find that Mustache Art is an often overlooked artform, my favorite being the Kaiser Bill mustache of the early 20th century. I also agree in being cautious with these works, although just for the sake of fun and interest, I think they are absolutely fascinating, and of course useful to a careful scholar as is said.